b. 1938, Deutschbaselitz, Germany,
based in Munich and Imperia, Italy.

In the 1960s Georg Baselitz emerged as a pioneer of German Neo-Expressionist painting. His work evokes disquieting subjects rendered feverishly as a means of confronting the realities of the modern age and explores what it is to be German and a German artist in a postwar world. In the late 1970s his iconic “upside-down” paintings, in which bodies, landscapes, and buildings are inverted within the picture plane, ignoring the realities of the physical world, make obvious the artifice of painting. Drawing upon a dynamic and myriad pool of influences, including art of the Mannerist period, African sculptures, and Soviet era illustration art, Baselitz developed a distinct painting language. 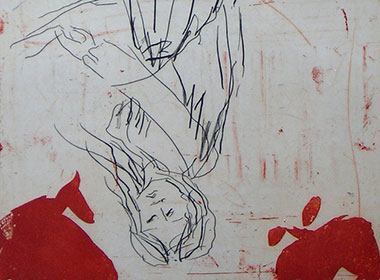 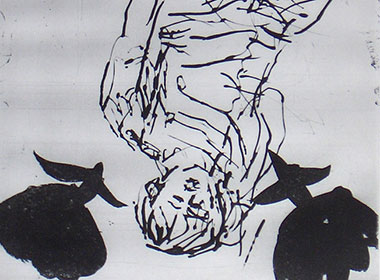