Claudio Bravo was eulogized by the New York Times as a painter whose adeptness with realism
made his paintings verge on trompe l’oeil. Though frequently discussed in conjunction with the
Photorealist movement, Bravo protested: “The photorealists, like machines, copied directly
from photographs. Always I have relied on the actual subject matter because the eye sees so
much more than the camera.” In fact, he found more affinity with the Color Field artists,
particularly Mark Rothko. Though Bravo originally won acclaim as a portrait painter, he became
particularly known for his still lifes featuring crumpled paper, animal skulls, and exotically dressed figures.
These, Bravo said, were heavily influenced by Spanish old masters like Francisco de Zurbarán,
Juan Sanchez Cotán, and Diego Velázquez. 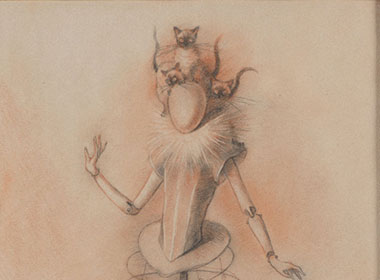