Polish, b. 1976, Wodzislaw, Poland, based in Berlin, Germany

Sławomir Elsner uses drawings, paintings and photographs to meticulously trace the aesthetic conventions employed by other people to emphasize their identity.
In his earliest photographic series he himself would impersonate a range of various professionals: from a Turkish bar assistant to a German policeman. In his drawing series, Elsner portrayed representatives of various professions wearing casual clothes, or children as professionals they could become in the future. Elsner's constant point of interest, linking most of his works, concerns forms, conventions and styles taken out of control of designers and officials, born spontaneously and unwittingly "among the people". On the other hand, there is the conventionality of our perception and the drive towards anesthetizing of both one's own environment as well as "the world" as represented by the media. Paying heed to this process, Elsner deliberately confuses the viewer, like in the series of elaborate and beautiful drawings depicting war scenes and natural disasters. It would seem that the statement "today, everything is aesthetic" could be seen as a rebellious and political artist's motto.

He has exhibited widely throughout Europe at museums and galleries alike, and his work can be found in esteemed private collections both here and abroad. 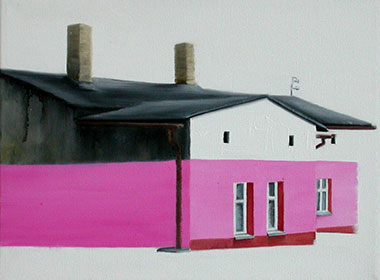