There can be few artists who reveal the intimate details of their life
so powerfully and with such candour as Tracey Emin. Tracey Emin’s art
is one of disclosure, using her life events as inspiration for works ranging
from painting, drawing, video and installation, to photography, needlework,
neons and sculpture. Emin reveals her hopes, humiliations, failures
and successes in candid and, at times, excoriating work that is frequently
both tragic and humorous.

Emin’s work has an immediacy and often sexually provocative attitude that
firmly locates her oeuvre within the tradition of feminist discourse.
By re-appropriating conventional handicraft techniques
– or ‘women’s work’ – for radical intentions, Emin’s work resonates
with the feminist tenets of the ‘personal as political’. Her interest in the work
of Edvard Munch and Egon Schiele particularly inform Emin’s paintings,
monoprints and drawings, which explore complex personal states and
ideas of self-representation through manifestly expressionist styles and
themes. Her use of neon, a medium that she began utilizing in 1997, of
illuminated confessions rendered in her personal handwriting, have become
widely regarded for their poignancy and the universality of her message.

Emin has exhibited extensively internationally including solo and group exhibitions in Holland,
Germany, Japan, Australia and America. In 1999 she was nominated for the Turner Prize, and
in 2007 represented Britain at the 52nd Venice Biennale, was made a Royal Academician and
was awarded an Honorary Doctorate from the Royal College of Art, London, and
a Doctor of Letters from the University of Kent and Doctor of Philosophy from
London Metropolitan University. During the Edinburgh Festival in 2008, Emin’s survey exhibition
’20 Years’ opened at the Scottish National Gallery of Modern Art and then toured on to
Centro de Arte Contemporáneo de Málaga, Spain and the Kunstmuseum Bern, Switzerland.
In 2011, Emin had a major solo exhibition at the Hayward, London. 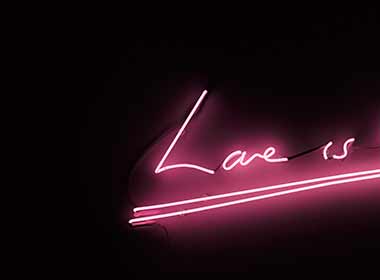 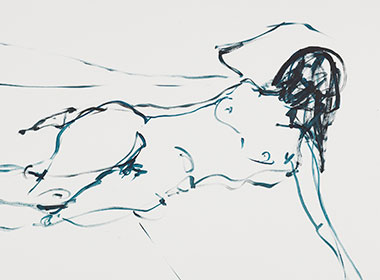