Questioning the ritualistic relationship between art and the spectator, Jeppe Hein creates witty
and minimalist installations that intervene with both indoor and outdoor spaces deliberately
blurring the boundaries between conceptual art and mechanical objects. Combining sculpture
and installation with architecture and technology, he mixes the notion of the functional with
the artistic and by setting up a dialogue between the work, the viewer and the site of intervention,
he suggests that the audience contributes to the completion of the work. Whilst his style refers
to minimalism, and to abstract concepts, he also tries to depart from an abstract experience by
making the audience physically activate the work.

He has had solo exhibitions at institutions such as MoMA PS1, SculptureCenter, Kunstmuseum in Wolfsburg,
the 21st Century Museum of Contemporary Art in Kanazawa, Neues Museum Nürnberg, Indianapolis Museum of Art,
and AroS Museum of Art in Århus, Denmark. His work has been included in group exhibitions at  Centre Pompidou,
Tate Modern, Hayward Gallery in London, CCA Wattis Institute in San Francisco, FRAC Orléans, ICA Boston, and
Musee d'art contemporain in Lyon, among many other venues. 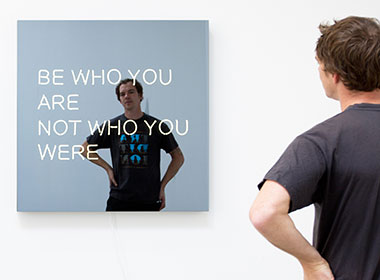