Like a magician, Berlin artist Alicja Kwade manipulates time, light and perception,
conjuring thoughts of the beyond or the possibilities of one. Though her themes
are well-worn, the works, sustained by her playful and thoughtful sensibility,
entrancingly reverberate off one another. Kwade’s works draw us into a space
where things aren’t quite what they seem: where clocks running faster or slower
than normal elongate or shrink the passage of time, while sculptures made of
inflexible materials bend, as if some supernatural force had intervened to make
the impossible happen.Stylistically and conceptually indebted to Minimalism,
Kwade contradicts the received wisdom of that art, particularly its entwined
commitments to literalism and phenomenology, by emphasizing the difference
between the physical properties of materials and the perceptual effects that such
materials can produce.

She had solo exhibitions at Kunstmuseum St. Gallen. She has been included in group
exhibitions at MAMAC, the Bass Museum of Art, Kunsthalle Wein (2015),
Museum of Contemporary Art Detroid (2013) as well as the Public Art Fund exhibition
at City Hall Park in New York City (2013) and CCA Wattis Institute, San Francisco (2012).
In 2015-2016 , public Art Fund commissioned “Against the Run”, an installation in
New York’s Central Park. Her Works belong to several international private and public collections. 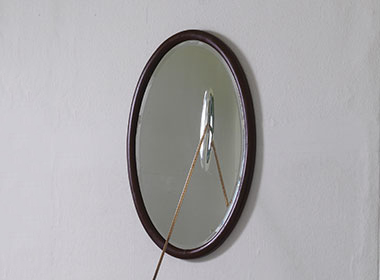