German, b. 1960, Kaiserslautern, Germany, based in New York, New York

Trained in Munich as a sculptor, Lutter was inspired upon arriving in New York City by its urban chaos
and industrial landscape. Her attempt to capture the current of the city became her first experiment
with the camera obscura, as she essentially transformed her loft into a large pinhole camera.
As the artist describes, “Through the windows, the outside world flooded the space inside and penetrated
my body…the space, the room inside which I had this experience, would become the container to transform
that very experience.” The artist inhabits her room-size cameras while her unique negatives develop,
a process which can last anywhere from hours to weeks.

Lutter’s photography focuses on architectural or industrial landmarks and places with iconic resonance,
from the abandoned Pepsi Cola Factory in Long Island City to the now defunct Battersea Power Station
in London. Her depiction of these structures emphasizes their formidable stature while personifying their
melancholic solitude and isolation. A haunting quality and ethereal tones dominate Lutter’s images,
reflecting the passing of time and signifying both the transient and the perpetual. Fleeting moments become
nearly invisible, their traces overshadowed and erased by the immutable, massive structures that remain,
but whose ultimate destruction is as inevitable as the continuing progression of modernism itself. 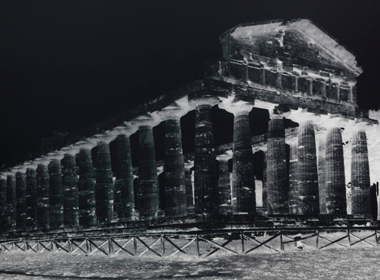 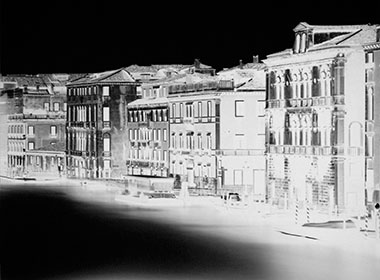