In his work Santiago Sierra often addresses structures of power that operate in our everyday existence.
His often controversial installation, photography and video work intervene into these structures exposing
situations of exploitation and marginalisation, famously hiring underprivileged individuals who, in exchange for money,
are willing to undertake pointless, absurd or unpleasant tasks. Sierra's work never repeats reality,
but challenges it exposing its intrinsic mechanisms.

The essence of the work is often in the tension generated and sustained between the event or its documentation
and the spectator, who is exposed to what can be described as the formal and poetic articulation of the voice of
all those who are normally marginalised or disenfranchised.

His work could be seen as merely reflecting the harsh reality of a market economy where everyone has their price,
but much of his work has a powerful minimalist aesthetic and a poetic simplicity that transforms its political rhetoric
into something more subtle and indeterminate.  It can also be seen in the tradition of Arte Povera and the socially
engaged process artists of the 1970s.

Some of Sierra’s most remarkable and controversial projects originate from collaborations with institutions such as
Deichtorhallen Hamburg/Sammlung Falckenberg (2013), Magasin3 Stockholm Konsthall (2009),
Kestnergesellschaft Hannover (2005) and Kunsthaus Bregenz (2004), the Venice Biennale (2001), ARS 01 at KIASMA,
Helsinki (2001), KunstWerke, Berlin and PS1, New York (2000). 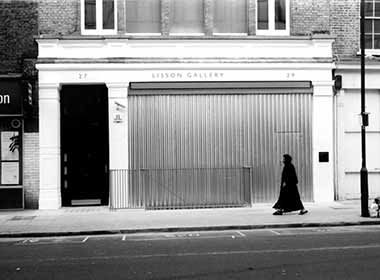