Sussman’s work incorporates film, video, installation, sculpture,
and photography, and has evolved from installations using film-like materials
(mirrors/water/projections) to single and multiple channel video installations.
Her ideas originate from a fascination with simple gestures and casual expressions,
which she observes, captures, and stages in videos, films, installations, and photographs.

She has produced the acclaimed motion picture and video art pieces 89 Seconds at Alcázar (2004)
and The Rape of the Sabine Women (2007).Sussman translates well-known masterworks into her
large-scale reenactments. Premiered at the 2004 Whitney Biennial, 89 Seconds at Alcázar is a lavish, evocative,
10-minute, continuously flowing single take which meticulously recreates the moments directly before and
after the scene portrayed by Diego Velásquez inLas Meninas (The Maids of Honour) in 1656.
The Rape of the Sabine Women is a video-musical loosely based on the myth of the founding of Rome,
inspired by the French neoclassical painterJacques-Louis David’s masterpiece, The Intervention of the Sabine Women (1794-1799).

Solo shows of her work have recently been held at the Hamburger Bahnhof in Berlin and
the Museo Nacional Centro de Arte Reina Sofía in Madrid. Her works have been included in
group exhibitions at the Kunstforum and Kunsthalle in Vienna, the Picasso Museum in Barcelona
and the Museo di Capodimonte in Naples as well as the IFC Center and the Whitney Biennial in New York. 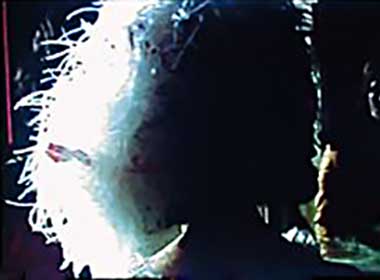