Conceptual artist Ai Weiwei positions himself in and out of his Beijing studio as a cultural arbiter.
Compelled by a sense of social conscience, his artistic practice extends across many roles, from
filmmaker and photographer, to writer, publisher, curator and architect. As an heir to Marcel
Duchamp and Andy Warhol, yet digging deep into Chinese heritage, he moves freely between
a variety of formal languages, reflecting on contemporary geopolitics. In recycling historical
materials, loaded with meaning, such as Han Dynasty vases or wood from destroyed temples,
Ai distils ancient and modern aesthetics in works of salvage or iconoclasm, stimulating debate
and a profound self-questioning of what culture and art in China mean today. Public commissions,
like bringing 1,001 Chinese citizens to the small German town of Kassel for documenta 12 (Fairytale, 2007),
or the pouring of hundreds of millions of handmade porcelain seeds into the Tate’s Turbine Hall (Sunflower Seeds, 2010),
are audacious gestures that command global attention, but always underlain with humour and compassion.
He is one of the leading cultural figures of his generation and consistently displays great courage in placing
himself at risk to affect social change through his art. He serves as an example for legitimate social criticism and
free expression both in China and internationally.

Major solo exhibitions include, Helsinki Art Museum (2015), Royal Academy London(2015),
Martin Gropius Bau (2014), Indianapolis Museum of Art (2013), Hirshhorn Museum and Sculpture Garden,
Washington D.C. (2012), Taipei Fine Arts Museum, Taiwan (2011), Tate Modern, London (2010)
and Haus der Kunst, Munich (2009). Architectural collaborations include the 2012 Serpentine Pavilion
and the 2008 Beijing Olympic Stadium, with Herzog and de Meuron. Among numerous awards and honours,
he won the lifetime achievement award from the Chinese Contemporary Art Awards in 2008 and
the Václav Havel Prize for Creative Dissent from the Human Rights Foundation, New York in 2012;
he was made Honorary Academician at the Royal Academy of Arts, London in 2011. 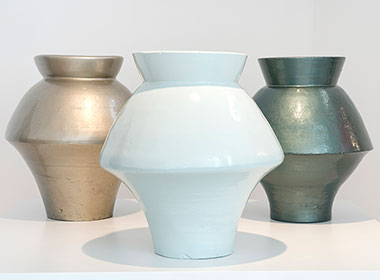