Known for using utilitarian household items, from space heaters to extension cords,
and placing them out of context, Haegue Yang’s works reflect the transitory nature of
the artist’s own experience of living and working in multiple locations. Her works in
video explore displacement and alienation in both geographical and personal terms
through a combination of fiction and documentary. Yang’s visual, sound, and olfactory
installations reveal the intersections of public and private. To this end, she often includes
complex formations of ordinary Venetian blinds, which provide porous boundaries for
viewers to navigate around, or mobile sculptures clothed in layers of colourful yarn or
adorned with hanging light bulbs, wires, and assorted pieces of fabric. 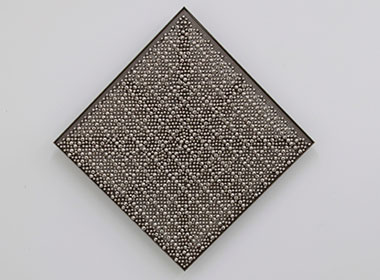